Doing some freelance work that requires some photoshop painting...
here it is in three stages: 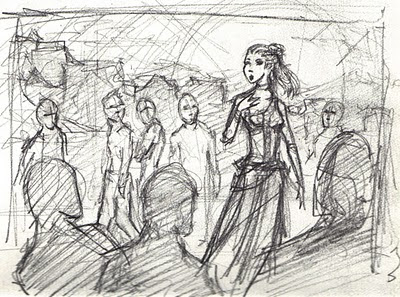 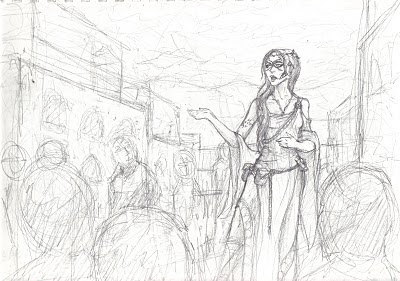 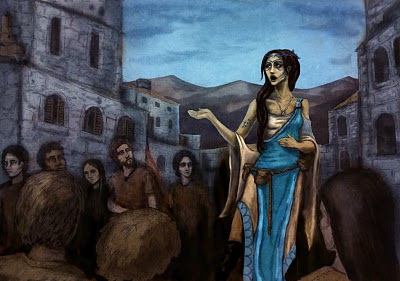 Posted by Alec Acevedo at 12:39 PM No comments: 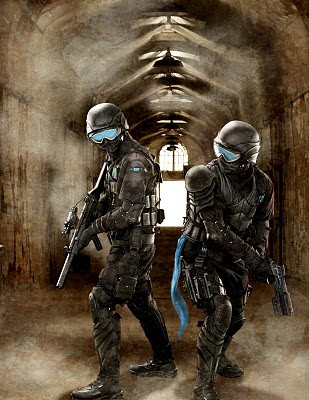 Trying my hand at some photo-manipulation
Posted by Alec Acevedo at 12:48 PM No comments:

This week, I will be submitting my animation, Phoenix Tears, to the Schenectady Film Fest. If I'm lucky it could be selected for one of three spots to be shown at Proctors Theater on September 26th.
So on this occasion, I'll give you a small peek into how I made this animation of sand... 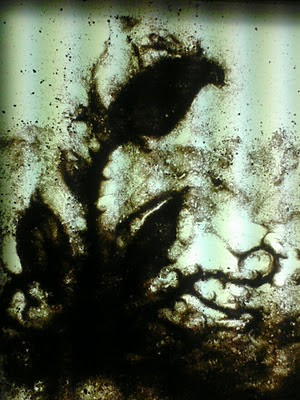 So to start, obviously you need an idea to build from. I had a lot going on in my mind when I was creating this and found it kinda hard to organize my thoughts. I started pretty much making things up as I went along, adding bits here and there trying to make sense of it.
lets see if you can.. 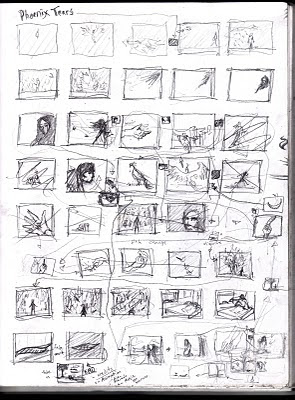 Materials used:
-24''x36'' light table
-bag of regular ol sand
-video camera
-tripod
-mac computer with istopmotion and imovie
-occasionally I used a paintbrush for details but 97% of it was done with..
-my hands 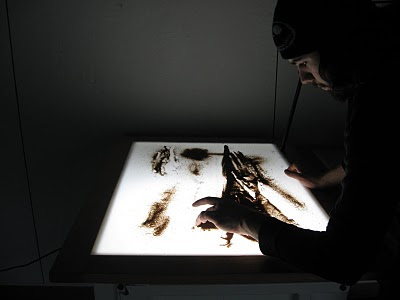 Anyone who has done animation can tell you what a long and tedious process it is. However, stop motion with sand takes it to a whole new level :P
Dont get me wrong, there were times when the sand made it easier and more fluid.. but the majority of it was going over an edge again and again to get it right.
It took a lot of adding and subtracting sand from areas along with just moving it around the surface. For the shading, I would sort of mist the sand over an area and slowly build on it.

I worked mainly in shadows to compose each image. leaving just the light coming through the sand as my highlights. 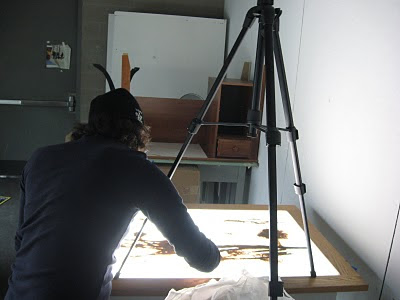 Generally I would spend about an hour composing each scene before I started animating. Each frame would take anywhere between 5 mins to 1 hour depending on the complexity of the scene. 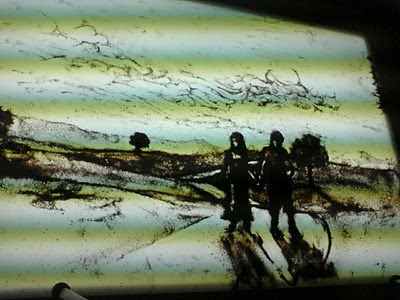 In order to get any decent amount of work done, I stayed in the studio working for 12 hours straight, usually two or three nights per week in succession. 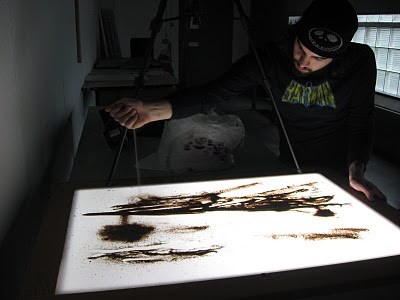 With the help of Porcupine Tree, Tool, Pink Floyd, Deathnote ost and Harry Potter audio books, to name a few... I was able to pull all-nighter after all-nighter to finish this 6 month project.
Call me crazy or a perfectionist (both of which I am), but I was willing to spend as much time as it took to get it to a point where i could be happy with it.
Even if it did take over 140 hours.. 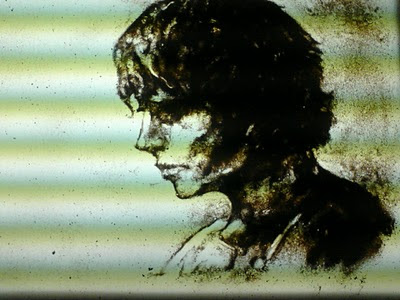 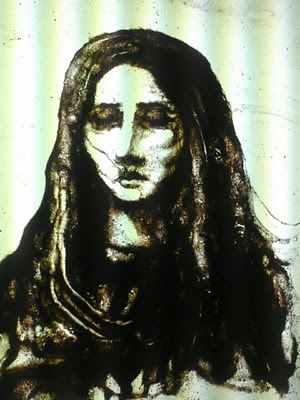 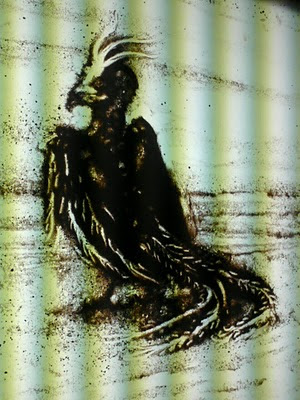 So I thought for this week I'd show my entire process for a painting from start to finish..

Here is the first step.. coming up with the idea and planning it out in a thumbnail..
inspiration for this was a few different things like counterstike, metal gear solid, and I just really like the sky/clouds/moon :P 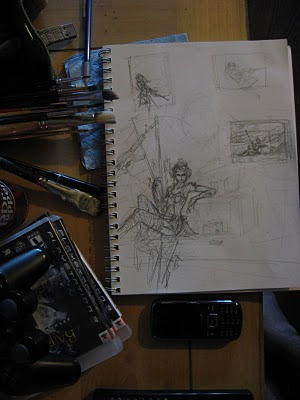 The next step is drawing it out on the board. In this case, its illustration board with a pre-coat of gesso. 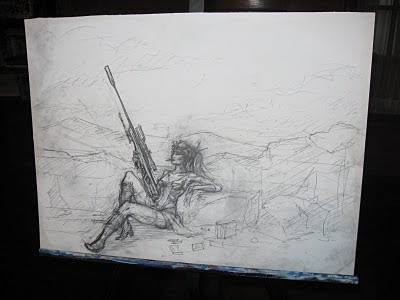 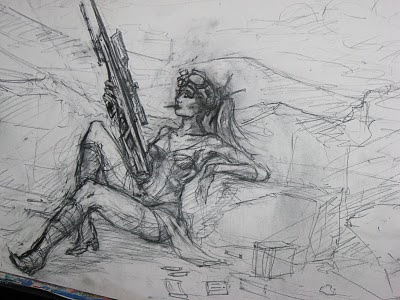 For this piece I'll be using acrylic paint. After I have enough info from the drawing, I go over it with a thin layer of color. this gives me my base color and texture, and leaves just the important pencils.. 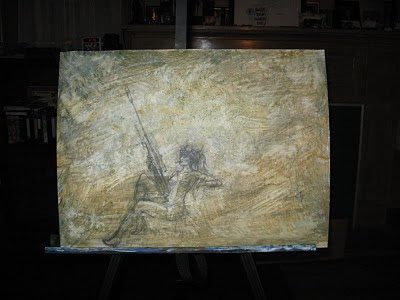 Next it's time for the values. here I chose a dark blue to hit all the important shadows throughout the piece. 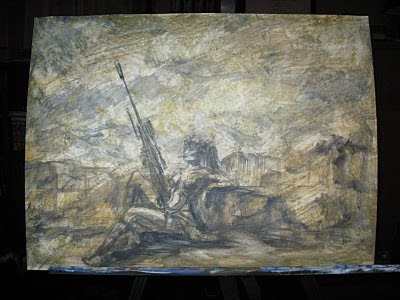 And from here, we move on to color, just going right over everything else.
Sorry theres no in between stages of the color.. once I get going with this its hard to stop :P 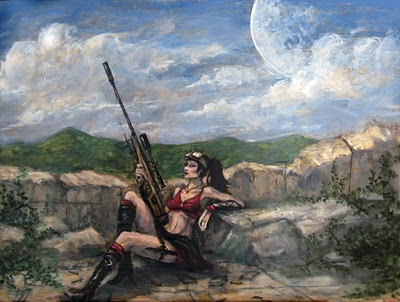 and thats about it. from here I take a photo or scan it to my computer and color correct it as close to the original as possible.
Total time spent: 7 hours
Posted by Alec Acevedo at 2:45 PM No comments: 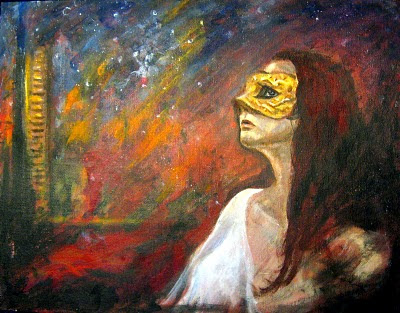 I havent done anything in Acrylic paint in a while so I thought I'd get some practice in.
Posted by Alec Acevedo at 12:35 PM No comments: